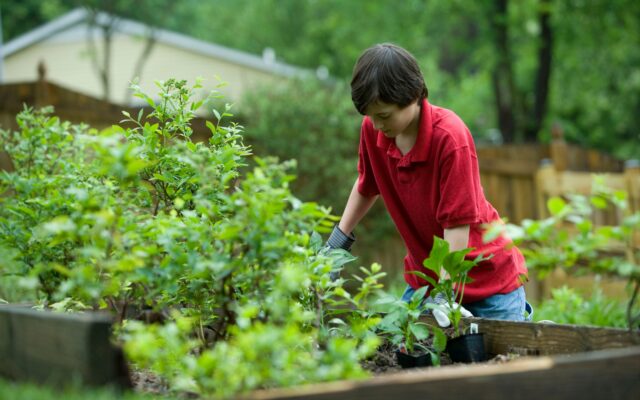 Contributed • July 13, 2021
By Sam Schipani, Bangor Daily News Staff Farmers and gardeners who feel like Maine’s growing season is changing are right. And soon, the state’s hardiness zones will reflect that.

Farmers and gardeners who feel like Maine’s growing season is changing are right. And soon, the state’s hardiness zones will reflect that.

It’s just a question of when.

The winter minimum temperatures are increasing even faster than the average annual temperatures, Mallory said. Those are what’s used to determine hardiness zones.

“So I definitely see us heading toward another shift in hardiness zones, although I don’t know when that might be,” Mallory said.

Farmers and gardeners alike look to the U.S. Department of Agriculture’s hardiness zones to figure out what they can and cannot plant in their area — and when. For growers in the state, this may provide the opportunity for bolder new gardening choices — but, in the long-term, may be cause for concern.

Hardiness zones were developed by the U.S. Department of Agriculture to determine the plants that grow best in each climate band.

In May 2021, the National Oceanic and Atmospheric Association released its new U.S. Climate Normals, which are released every 10 years and show averages in temperature, rainfall and other conditions for regions across the country.

The last time the hardiness zone map was updated was in 2012, after the last release of the U.S. Climate Normals. The USDA is likely to do the same this time, said Chris Daly, professor at Oregon State University who worked on the development of the 2012 hardiness zone map.

“We’re on a parallel path with NOAA to create our climate normal maps,” Daly said. “We actually have our own methodology for calculating the normals that’s a little different from NOAA, but the fact that everyone is doing them means that this would be the time to update the plant hardiness map.”

Even small shifts in temperatures can cause changes in hardiness zones, said Kim Kaplan, public affairs specialist at the USDA.

Still, according to NOAA data from Maine, the average minimum temperature has been steadily rising for the past decade or so in locations throughout the state.

“You can grow stuff in Maine that 50 years ago you couldn’t,” said Donald Dumont, warning coordination meteorologist at NOAA National Weather Service in Gray. “Everything is getting warmer. Who knows what we’ll be able to grow here if the trend continues.”

Sean Birkel, research assistant professor and state climatologist at the Climate Change Institute and School of Earth and Climate Sciences at the University of Maine, said that though there is “quite a bit of variability year to year,” the statewide growing season on average has increased “by approximately two weeks [total] since 1950.”

“We can suspect in the coming decades the overall length of the growing season will continue,” Birkel said. “Winters are warming. Therefore, statewide, we would expect the [hardiness] zones would shift northwards.”

When the hardiness zone maps inevitably shift, the most significant information it will provide for gardeners in Maine will be what perennial crops will thrive where they live.

“For perennials that have to survive all year round, if it becomes warmer, it may be less risky,” said Peter Bretting, Crop Production and Protection National Program Leader at the USDA. “[Gardeners] might be more adventurous and try to grow crops that up until a certain time point might have been quite risky to grow in their particular location. The plant hardiness statistic will help with that.”

However, Mallory said that the dynamics of warming weather are often more complicated than gardeners anticipate.

“For some crops like apples and blueberries, earlier warming in the spring can increase the risk of frost or freeze damage because plants develop earlier relative to the last frost date,” Mallory said. “As well, we’re projected to have wetter springs, which means that even if the season starts earlier temperature wise, in many years wet soils could prevent growers from taking advantage of the earlier warming.”

“Growers have had issues with warmer fall temperatures speeding up the development of a crop like broccoli, where multiple plantings matured almost all at once instead of over the course of a few weeks causing an unexpected glut,” Mallory said. “Growers are needing to adjust planting schedules.”

Crops like winter grains that need cooler temperatures might suffer as temperatures continue to warm and hardiness zones shift.

“Under ideal conditions, [winter grains] are protected from harsh winter conditions by a layer of snow, but, in Maine, farmers are increasingly having trouble with winter kill,” Mallory said. “In some cases, our first snow occurs before soil temperatures have dropped below freezing, which creates an ideal environment for a disease called snow mold. We’ve also seen an increase in ice damage, where a winter thaw is followed by hard freeze and an ice layer forms and smothers the plants.”

Bretting also emphasized that hardiness zone maps are just one “tool in a multitool toolbox” for figuring out what to plant for a healthy, thriving garden. Growers should pay attention to local microclimates, and keep track of other relevant data like precipitation and maximum temperature as they make decisions about whether a plant is suitable for their location.

Still, the shift in hardiness zones is likely not the most significant change for growers that will come with the changing climate, Mallory said.

“Just thinking about changing hardiness zones is deceptive because climate change is not just about shifts in averages,” Mallory said. “It’s also, importantly, about increases in weather variability and weather extremes. I think learning to cope with those changes will be much more challenging.”