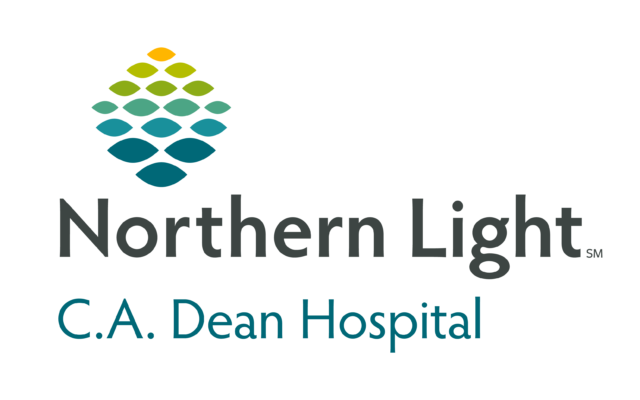 Contributed • June 10, 2021
GREENVILLE — Northern Light CA Dean Hospital is pleased to announce that it has surpassed the halfway point in its $6.2 million “Preserving the Promise” capital campaign to support the hospital’s $15 million modernization project.

GREENVILLE — Northern Light CA Dean Hospital is pleased to announce that it has surpassed the halfway point in its $6.2 million “Preserving the Promise” capital campaign to support the hospital’s $15 million modernization project.

Included in the project are a new main hospital building with five private patient “flex care” rooms, 24/7 emergency department, imaging and lab; a new, separate ambulance garage; an FAA-approved helipad; and renovation of the existing East Wing to house 10 all private long term care beds. The project will break ground in the spring of 2022, and the new building will open in early 2023. More than 40 percent of the project’s cost will be funded by philanthropy.

The Preserving The Promise campaign has gotten off to a great start thanks to the  generosity of the community, campaign committee and CA Dean Board of Trustees who have come together to lead the way towards strengthening care in our region. The  recent commitments to the campaign build upon the momentum that began in April when the first gift was announced, a $250,000 bequest made by the late Charlotte Allen. Now, with $3.1 million raised, the campaign moves into its public phase.

“The dedication of the campaign committee and generosity of those who have supported the project is not surprising,” says Helene Dutil, co-chair of the Capital Campaign Committee. “This community recognizes that we have something special here in Greenville and that it’s time to invest in modernizing the hospital. This much needed project will benefit everyone in the region.”

The community will have an opportunity to learn about the modernization project and  Preserving the Promise campaign at Greenville’s Fourth of July Celebration. CA Dean staff will be on hand at the town gazebo to show renderings of the new and renovated  buildings, share details of the project and answer questions.

“We know how enthusiastic the Moosehead Lake region is about CA Dean, and we’re  excited to spread the word far and wide about what it will mean to have a new facility for our community,” says Laurie Muzzy, Capital Campaign Committee co-chair. “The interest in the project to this point has been inspiring, and we’re optimistic that the next phase of the campaign will be just as successful.”

“The CA Dean Hospital family has been energized by the initial support of the campaign,  including the leadership of the campaign committee and the gifts and commitments we’ve received to date,” says Vienneau, FACHE, president, CA Dean Hospital. “With the community’s continued support, we will make this vision for a modern, patient and family-focused hospital a reality — that’s our promise to every individual who  relies on us for care.”

Those who would like to support the campaign can make a one-time gift or a pledge  paid over a maximum of five years. To donate, please visit northernlight.org/CADeanpromise or call 207-695-5215.