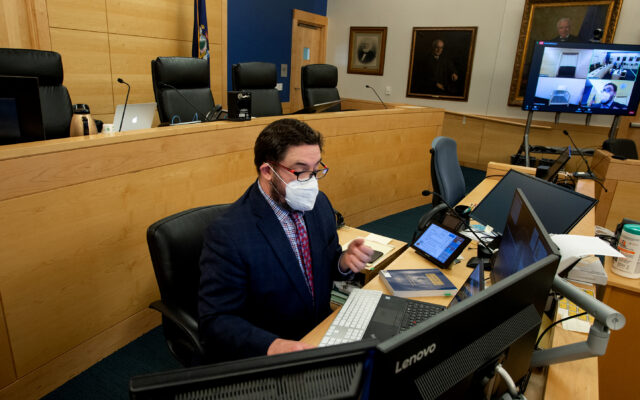 Contributed • June 9, 2021
By Judy Harrison, Bangor Daily News Staff A federal judge appeared skeptical Wednesday that a delay of up to four business hours between the time civil complaints are filed in the Maine judicial branch’s new electronic filing system and they become available to the public violates the First Amendment. U.

A federal judge appeared skeptical Wednesday that a delay of up to four business hours between the time civil complaints are filed in the Maine judicial branch’s new electronic filing system and they become available to the public violates the First Amendment.

U.S. District Judge Nancy Torresen took under advisement arguments to dismiss the case made by lawyers for the state and a motion for an injunction made by attorneys for Maine newspapers, including the Bangor Daily News, and a national publication.

The judge did not say when she would issue a decision.

Under the original rules for that system, newly filed civil complaints would not have been made public until three business days after the clerk’s office was notified that the defendants in the case had received the complaint. That could have kept complaints from being made public for up to three months.

After the news outlets filed the lawsuit alleging that the rule violated the First Amendment, the court announced it would make complaints available within four business hours of when they were received.

Prior to the implementation of the e-filing system, copies of complaints filed on paper were available almost immediately after being docketed from clerks’ offices at courthouses throughout Maine. But it sometimes took between three and seven working days before complaints were docketed, depending on staff availability.

Jeffrey Pyle, the Portland attorney representing the news organizations, argued that public access to documents should be immediate. It should not come only after clerks go through a 13-step checklist for processing a civil complaint.

“There is a First Amendment right of access to court documents and it attaches the moment it’s filed,” Pyle said.

The attorney also told Torresen that since the rule was changed in mid-March, 26 civil complaints had been filed in Penobscot County. Of those, 77 percent were available to the public on the day of filing and the rest were available the following day. In one instance, it took two days for the case to be publicly available.

Knowlton also said that a document is not considered filed until a person reviews it and argued that a delay of up to four hours is reasonable access.

Torresen said that news organizations were asking her, a federal judge, to hold a state court system to a higher standard than what the federal courts in Maine follow when processing civil complaints. Under those guidelines, clerks have up to 24 hours to review filings before making them available to the public through its electronic case filing system, which requires a subscription.

Other plaintiffs in the lawsuit are Courthouse News Service, a national publication based in California focused on legal news, and the owners of the Portland Press Herald, Lewiston Sun Journal and other daily newspapers in Maine. The complaint was first filed Feb. 3 and sought a preliminary injunction that would force Maine’s court system to change its rules.

Any decision by Torresen most likely will be appealed to the 1st U.S. Circuit Court of Appeals in Boston, which has never ruled on the issue.