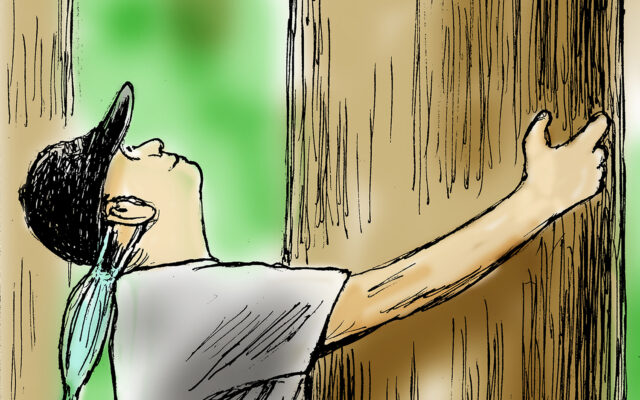 As a veteran, I appreciate the healing power of nature

Contributed • June 3, 2021
By Steve Ball As I transitioned out of uniform after 28 years in the tactical and special forces communities, I came to rely on the peace and the power of the great outdoors. Like many veterans before me, when at home in Maine I often worked out my toughest problems on the trail or summiting one of Maine’s famous peaks.

As I transitioned out of uniform after 28 years in the tactical and special forces communities, I came to rely on the peace and the power of the great outdoors. Like many veterans before me, when at home in Maine I often worked out my toughest problems on the trail or summiting one of Maine’s famous peaks. Now, as our country transitions away from a disruptive lack of leadership and struggles to fully recover from the pandemic, perhaps it’s time that we all look to nature to help us recover, reconnect and re-engage with our communities.

Our entire nation is in need of healing post pandemic, but not all of us in the same way. Some will need to grieve personal losses, others professional changes. Some communities have undoubtedly been hit harder or differently than others. The Biden-Harris administration understands this, which is why they’ve called for federally supported and locally-run vaccine rollouts from day one. It’s also why their recently released America the Beautiful initiative is so vital to our collective mental, physical and economic recovery.

For Maine, too, part of our recovery plan must include improving and expanding access to public lands. Public lands are a bedrock of American life. Not only are they home to the best of childhood memories — camping with a local scout troop, or learning to fish with grandpa — nature provides communities the space to heal, and to flourish. Two things that our country needs more than ever.

Public lands also serve as the backbone to Maine’s outdoor recreation industry. In fact, the Bureau of Economic Analysis has found that outdoor recreation generates $3 billion in value added to Maine’s economy, 40,720 homegrown jobs and accounts for 4.8 percent of the state’s economy. Further, the U.S. Census reports that each year 1 million people hunt, fish, or enjoy wildlife-watching in Maine, contributing over $1.5 billion in wildlife recreation spending to the state economy.

The governor understands this, and has proposed using $50 million of American Rescue Plan funds to address the growing maintenance backlog at state parks here in Maine. These funds will repair bridges, roads and water systems throughout our public parks — an urgent need that has accelerated over the past few years. Gov. Janet Mills has also called for investing these federal relief funds in a bond for the Land for Maine’s Future fund, which since 1987 has completed conservation projects in all 16 counties in Maine. These projects include everything from expanding water access points, to conserving farmland and acquiring and preserving Maine’s coastline. Investing in the LMF program shows long-term dedication to preserving the wild lands of Maine for generations to come.

As a veteran, a father and a proud Maine native, I have the utmost support for these proposals. When I was still in uniform, my family depended on public lands to help us transition and bond between each of the Army’s moves. Out of uniform, I’ve seen firsthand how these same spaces allow veterans of all generations to reconnect to themselves and each other. Just recently I assisted in a Wounded Warriors project that brought a team of veterans to The Forks in northern Maine. I watched nature’s healing magic bond the veterans together, in the way that only nature can.

Our nation is healing, our economy is recovering, and our world feels very much in transition. Now is the time to invest in the land that restores us and will protect our vital resources for generations. I support the governor’s plan to invest in Maine’s great outdoors and call on my fellow veterans, fathers and citizens to do the same.

Ball of Windsor is a retired U.S. Army colonel.