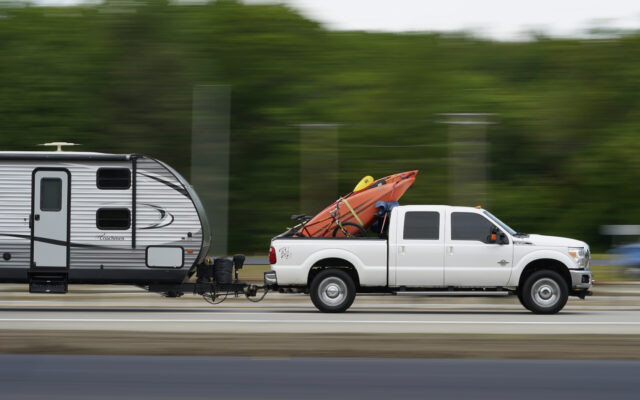 Contributed • June 1, 2021
By Jessica Piper, Bangor Daily News Staff Memorial Day weekend travel rebounded significantly in Maine in 2021, but it remained short of pre-pandemic levels with rural gains offset by dips in coastal tourism centers amid international travel restrictions and lingering virus concerns. Just over 330,000 vehicles crossed the Piscataqua River Bridge between Friday and Monday, according to data from the Maine Department of Transportation.

Just over 330,000 vehicles crossed the Piscataqua River Bridge between Friday and Monday, according to data from the Maine Department of Transportation. That was a 68 percent increase compared to 2020, when Maine still had coronavirus-related travel restrictions for all states but New Hampshire and Vermont. But it was still 14 percent lower than in 2019, when more than 380,000 vehicles crossed the bridge from New Hampshire to Maine in a weekend.

The number of cars traveling through Maine DOT count stations across the state was up 42 percent compared with last year but still 8 percent lower than in 2019. These changes were not uniform, however, as traffic lagged in southern Maine but rebounded more in northern and rural parts of the state that saw levels exceeding 2019.

The southern coast was especially hard-hit by decreases, with sites from Kittery to Saco seeing dips in traffic that ranged between 8 percent and 14 percent relative to two years ago. Kim Howard, executive director of the Old Orchard Beach Chamber of Commerce, said during a web conversation hosted by the Maine State Chamber of Commerce that Memorial Day traffic made her “cautiously optimistic” for the rest of the season given the improvement from 2020.

But she cited the continued closure of the border with Canada as a major issue, particularly for Old Orchard Beach, where French-Canadian tourists have historic ties. The border has been closed for most of the pandemic but could reopen in July. Canadian tourists accounted for 17 percent of overnight stays in Maine in 2019, according to data from the Maine Office of Tourism.

While travel in southern Maine did not return to pre-pandemic levels, several destinations further north saw increased traffic compared to both 2019 and 2020. The number of cars traversing the Thompson Island Bridge, which crosses from Trenton to Mount Desert Island and the tourist destinations of Acadia National Park and Bar Harbor, was up 3.2 percent compared to 2019, according to state data. The rise comes on the heels of the national park’s busiest winter ever.

But the place that saw the greatest proportional increase among any of the spots where Maine DOT measures was along Route 6 in the Penobscot County town of Springfield, where the number of vehicles crossing was up 12 percent compared to 2019. Count sites on state highways in Dexter, New Portland and Ashland also saw more cars this year.

The increases fit with a pattern of growing tourism in the highlands of Penobscot and Piscataquis counties, said Kerrie Tripp, executive director of the Greater Bangor Convention and Visitors Bureau.

She noted that some remote destinations had seen an increase in visitors between 2019 and 2020 — even as overall tourist visits declined substantially in Maine — as more Mainers vacationed within the state. Many of those tourists were returning for another visit this summer, she said, along with visitors from other states who may feel safer vacationing in rural areas.

The high travel numbers over Memorial Day weekend still portend a busy summer. Finding a reservation in the highlands is more difficult than 2019 or 2020, Tripp said, with some properties already sold out completely. While the lack of Canadian visitors also took a toll in rural areas, Tripp said destinations were also seeing increased tourism from domestic travelers who opted to visit Maine rather than travel internationally.

“Although we haven’t totally made up for the loss of the Canadian visitors, we’re definitely doing pretty well with a lot of those first-time visitors that are coming to the state of Maine,” she said. “So, there’s a little bit of balance.”