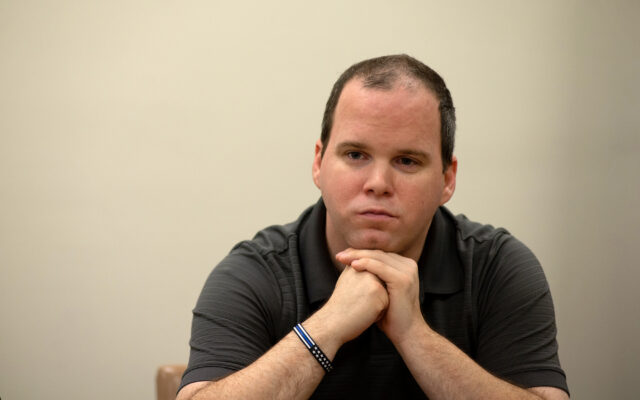 In wake of official’s arrest, Penobscot County seeks to appoint a deputy treasurer

Contributed • May 18, 2021
By Judy Harrison, Bangor Daily News Staff Penobscot County officials are seeking to appoint a deputy treasurer in the wake of stalking and harassment charges filed last week against elected Treasurer John Hiatt. The county would like to have a person who is authorized to sign financial documents if Hiatt were unable to sign them, commission chairman Peter Baldacci said Tuesday.

Penobscot County officials are seeking to appoint a deputy treasurer in the wake of stalking and harassment charges filed last week against elected Treasurer John Hiatt.

The county would like to have a person who is authorized to sign financial documents if Hiatt were unable to sign them, commission chairman Peter Baldacci said Tuesday. He declined to say under what circumstances Hiatt might be unable to sign documents.

Hiatt is accused of stalking and harassing a 34 year-old Bangor woman online and by cellphone texts. He was arrested Friday by Bangor police on multiple charges, including a felony charge of aggravated invasion of computer privacy. He was taken to the Penobscot County Jail and later was released on $5,000 bail, about 24 hours after his arrest.

Under state law, the treasurer is required to sign the approval of any bonds issued and the tax anticipation note to borrow funds.

“We take these allegations seriously,” Baldacci said of the charges lodged against Hiatt. “At this point, Mr. Hiatt is contesting them. We need to let the legal process work. If there is a decision to be made, it will be made at the appropriate time.”

Hiatt said Sunday that he is innocent and would continue to serve as county treasurer and as a member of the Bangor School Committee, having been elected separately to the positions in 2018. As treasurer, Hiatt is paid $13,000 per year.

Hiatt was issued a laptop computer owned by the county, Baldacci confirmed on Tuesday. It was seized by Bangor police on May 6 when a search warrant was executed at Hiatt’s home. Investigators on Tuesday declined to say if evidence of a possible crime was found on it.

Kathy Harris-Smedberg, Bangor’s interim school superintendent, said in a notice posted on the Bangor High School Facebook page that the school department would launch its own investigation into Hiatt’s use of a district-owned computer tablet.

County-owned laptops, which commissioners also have, are to be used only for county business, Baldacci said Tuesday. He said commissioners have asked Hiatt to provide a list of people who could serve as his deputy but would prefer the deputy treasurer be an employee of the county finance department. Currently, two employees work full time and one works part time in that department.

Under Maine law, county treasurers may appoint a deputy but the appointment must be approved by commissioners.

He also is accused of taking over the woman’s Facebook account, reporting that her EBT card had been stolen — which prevented her from using her Supplemental Nutrition Assistance Program benefits — and telling her daughter that the Department of Health and Human Services was coming to remove her and her siblings from their home.