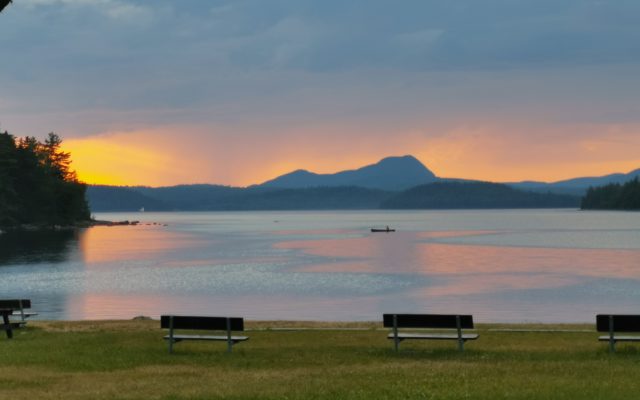 Contributed • April 23, 2021
By Tim Caverly For years, Maine park rangers have proudly worn gray uniform shirts as a symbol of protecting our natural resources and the 3 million people who visit. Today, that complex role has been made difficult by the very agency for whom they work, the Bureau of Parks and Lands.

For years, Maine park rangers have proudly worn gray uniform shirts as a symbol of protecting our natural resources and the 3 million people who visit. Today, that complex role has been made difficult by the very agency for whom they work, the Bureau of Parks and Lands.

While the bureau issues pepper spray for ranger self-protection, the agency refuses to provide these same agents with the legal authority to question, detain, summon or arrest wrongdoers. But legislation proposed by Rep. Thomas Skolfield, R-Weld, would change that. LD 657 would provide Maine rangers with the departmental support and authority to react to all facets of field operations.

In 2019, Skolfield recognized the calamity of neglectful public safety training found in state parks. He introduced LD 527, “An Act to Establish a Law Enforcement Training Program for Park Managers and Certain Bureau Staff.” The resolve became law and rangers have been trained. However, the Bureau has failed to include an important component.

In September of 2020, 41 rangers attended a Park Ranger Academy, but the bureau director has not broadly empowered its staff to legally address the yearly enforcement incidents. And it doesn’t seem that rangers will receive such authority anytime soon.

Due to this lack of organizational leadership, our public servants now work in a gray zone where rangers are trained in law enforcement activities but are not authorized to protect and serve. A limit that places staff and visitors in jeopardy whenever there is a suspected sex offender, opioid use, domestic disputes, OUI, stalking or theft on public lands. People take vacations. Unfortunately, illegal, and disruptive human behavior does not.

The Maine Legislature, with passage of the LD 527 training bill, intended that Maine parks and historic sites should be protected and rangers should safeguard our public visitors. The bureau has done only half the job. But help is on the way.

Skolfield has again stepped up, this time with LD 657, “An Act to Clarify the Law Enforcement Powers of the Bureau of Parks and Lands.” This mandate would force the bureau to authorize rangers to enhance public safety. The bill is currently under consideration by the Agriculture, Conservation and Forestry legislative oversight committee, which will soon vote on the bill. The proposed law continues to be opposed by Bureau of Parks and Lands Director Andy Cutko.

The bureau’s opposition is clouding the waters with incomplete statistics and field reports where public safety concerns are rarely mentioned. In fact, according to last year’s statistics, of 42 parks, only 18 managers indicated they responded to illegal activity. Some parks did not report any incidents. For example, last year Reid State Park in Georgetown had more than 145,000 visitors yet did not report any public safety issues. However, the Sagadahoc County Sheriff responded numerous times in 2020 to calls from park staff requesting law enforcement assistance.

The bureau’s current policies are putting our most treasured resources at risk and placing public servants and citizens in jeopardy whenever they pass through a park gate. With the enforcement authority found in LD 657, rangers will still wear a gray shirt, but parks will become a zone of public safety and resource protection.

Concerned residents are encouraged to contact the members of the Agriculture Conservation and Forestry Committee to ask that Maine park rangers are authorized with the powers to enforce state laws. Send your support for LD 657 to ACF@legislature.maine.gov.