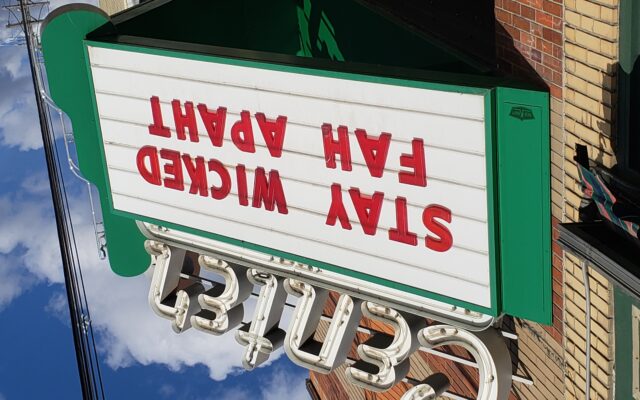 Contributed • April 7, 2021
By David Marino Jr., Bangor Daily News Staff DOVER-FOXCROFT — A Piscataquis County theater whose application for a federal grant was nearly derailed when county commissioners refused to endorse it will be able to apply for the grant it’s been seeking.

DOVER-FOXCROFT — A Piscataquis County theater whose application for a federal grant was nearly derailed when county commissioners refused to endorse it will be able to apply for the grant it’s been seeking.

The U.S. Department of Agriculture told the Center Theatre in Dover-Foxcroft that it was eligible to apply for the funding, meant to pay for structural repairs, after determining that it met the application requirement of having “substantial” community support, said Patrick Myers, the theater’s executive director.

A spokesperson with the federal agency’s Rural Development office in Bangor confirmed the nonprofit theater was eligible to apply.

The news came several weeks after the Piscataquis County Commissioners voted 2-1 to deny the theater a letter of community support, a request that is almost always a formality. Such letters of support are standard components of grant applications, meant to show that applicants have wide community support.

Commissioners, however, said the theater had a political agenda because Myers and the theater’s board chair, Cynthia Freeman Cyr, vocally opposed the commissioners’ anti-mask resolution in January and supported COVID-19 restrictions. The commissioners’ vote on the letter of support further inflamed a fraught political climate in Piscataquis County that has intensified since the January anti-mask resolution. It even led to a series of fraudulent mass texts seemingly sent to smear an activist group, PROACT, that formed to oppose the mask resolution.

There is no guarantee that the theater will receive the grant, which would pay for repairs to damaged columns and footings that hold the theater over the banks of the Piscataquis River. But Myers said he was relieved the USDA had recognized the community backing the theater had after the events of the past weeks.

“The support from the community has been the upside to this whole process,” Myers said.

Myers expected the theater to send its application within the next week, and to put out bid requests for the work in April and May. The repairs would cost more than $50,000, and Myers expected the USDA grant to cover about 55 percent of the cost.

While the theater could not gain the backing of Piscataquis County’s elected county government, it has the support of nearly all of Maine’s congressional delegation: Maine U.S. Sens. Susan Collins and Angus King wrote a joint statement in support of the theater. U.S. Rep. Jared Golden, whose district includes Dover-Foxcroft, wrote a letter of support as well.