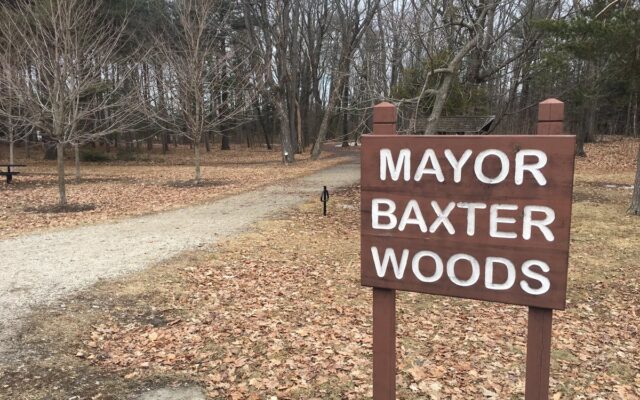 Contributed • April 7, 2021
By Leela Stockley, Bangor Daily News Staff PORTLAND — A Portland man who has sued the city believes former Gov. Percival Baxter would not want him to keep his dog on a leash while enjoying Baxter Woods.

PORTLAND — A Portland man who has sued the city believes former Gov. Percival Baxter would not want him to keep his dog on a leash while enjoying Baxter Woods.

Portland City Council enacted a policy in October that requires visitors keep their dogs on leashes while in the park between 9 a.m. and 5 p.m. from April to July to protect migratory bird nesting sites.

However, Marc Lesperance has cited Baxter’s love for nature preservation and dogs in his lawsuit that asks a Portland judge to prevent the city from enforcing leash laws, the Portland Press Herald reported.

“If Gov. Baxter were alive, I believe he would support my request for the freedom to walk with my dog off leash in Baxter Woods on a daily basis throughout the year,” Lesperance wrote in his motion, according to the Press Herald. “From his writings it is clear that Gov. Baxter would understand how important that activity is for dogs and their owners.”

Baxter was an avid outdoorsman, and advocated for the protection of Maine’s natural resources throughout his life. In 1921 when the act to establish the Mt. Katahdin State Park — now known as Baxter State Park — was presented, Baxter highlighted the importance of natural spaces in remaining as a “memorial to the past, and heritage for [the] future,” according to the Friends of Baxter State Park website.

Baxter is also remembered for his passionate love for his furry companions; when his beloved Irish setter Gerry passed away, he lowered the flag at the State House to half mast.

“During these thirty-seven years, I have lived with my companions, and except when away from home on business or pleasure trips, not a day of my life since I was nine years old have I been without my Irish setters,” Baxter wrote in his book “My Irish Setter Dogs.”

He felt as though it was the duty of dog owners to learn and accept the rights and responsibilities that come with owning a pet.

The City Council has not yet filed a response to Lesperance’s suit. Portland spokesperson Jessica Grondin told the Press Herald that the council’s stance on the ordinance has not changed.

Lesperance understands that people are bothered by off-leash dogs, but hopes that an agreement to provide daily off-leash hours can be reached, the newspaper reported.

“All we ever wanted was daily off-leash hours. That’s the only thing we’ve ever asked for,” he told the Press Herald.