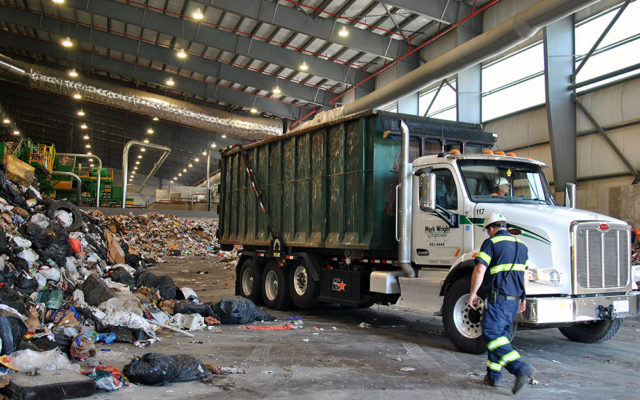 The Pennsylvania-based company working to purchase a shuttered waste processing plant in Hampden specializes in mixing wastewater sludge with household trash, then burning the mixture to produce electricity.

Delta Thermo Energy has tried out the technology in small-scale test projects in New Jersey and Pennsylvania, and the process is based on the company’s work at facilities in Germany, South Korea and elsewhere overseas.

But if the company closes on the Hampden plant as intended next month, it would be its first time running a full-scale waste processing plant in the U.S. after a number of other attempts to build plants in the mid-Atlantic fell through.

The Coastal Resources of Maine plant in Hampden has been closed since last May after it ran out of money to pay its bills and fund a series of performance upgrades. Delta Thermo was one of seven companies that expressed interest in taking over the shuttered operation, and it signed an agreement to negotiate its purchase of the plant late last year.

Delta Thermo Energy CEO Rob Van Naarden expects the deal with the Coastal Resources of Maine plant’s bondholders to close by the end of March and the plant to restart four to six weeks after that.

The company plans to run the plant with its existing technology to start, but the goal is to deploy Delta Thermo’s own technology there in the future, Van Naarden said in a meeting with the Municipal Review Committee on Jan. 19. The Municipal Review Committee represents the 115 towns and cities that send their waste to the Hampden plant. They’ve been sending it to the PERC incinerator in Orrington and the Crossroads Landfill in Norridgewock since the Hampden facility has been idled.

The Hampden plant currently is set up to process municipal solid waste and recyclables only, and not wastewater sludge. Its technology separates trash from recyclables, then can make a handful of end products out of the trash, including biogas, plastic fuel briquettes and cellulose pulp that can be used in papermaking.

Van Naarden said Delta Thermo plans to keep some of the existing technology in place alongside his company’s processes.

Delta Thermo Energy, based in Jenkintown, Pennsylvania, started in 2009 and has 10 full-time employees, according to Van Naarden, who said he heard about the shuttered Hampden plant through a press report and contacted the Municipal Review Committee to show the company’s interest in restarting it.

The Municipal Review Committee owns the land on which the Coastal Resources plant sits — as well as its contracts and environmental permits — but it is a group of bondholders with a stake in the plant who have the ultimate authority to sell it.

Carroll and Van Naarden were optimistic that Delta Thermo could avoid many of the problems that Fiberight, the company that developed the Hampden plant’s technology, encountered. Carroll described Fiberight’s problems as “a matter of timing and finance,” including a legal challenge to its permits that delayed the plant’s construction, and the pandemic shutting down the American-Canadian border after Fiberight found a prospective buyer of its products in Canada.

“In the end, the technology proved successful,” Carroll said. “But, Fiberight was undercapitalized.”

Delta Thermo has done much of its work overseas, helping with the development of facilities including a paper plant in Dresden, Germany, and a wastewater treatment plant in Seoul, South Korea, Van Naarden said.

In the U.S., it set up a research and demonstration project in Atlantic County, New Jersey, to test its process of mixing household trash with wastewater sludge to produce a mixture that’s later burned to produce electricity. That project lasted for about three-and-a-half years in a facility with a wastewater treatment plant and composting center, and it later moved to the Williamsport, Pennsylvania, area, Van Naarden said.

The company has also tried to get full-scale waste processing plants off the ground that have fallen through. Perhaps the highest-profile one was in Allentown, Pennsylvania, where Delta Thermo entered into a contract with the city to build a waste-to-energy plant. The city council approved the project, which some residents protested, before the city nixed it two years later.

Federal officials later requested documents on the Allentown-Delta Thermo contract in 2015 and 2016 as part of a broader probe into corruption in Allentown’s contracting process. Van Naarden said his company fully cooperated with the FBI, sending the agency over 10,000 pages of documents.

Several Allentown officials pleaded guilty in that probe, including longtime mayor Ed Pawlowski, who was sentenced to 15 years in federal prison. Delta Thermo Energy staff were not charged, and the company is not mentioned in any of the indictments.

In terminating the agreement with Delta Thermo, Allentown’s then-solicitor, Jerry Snyder, wrote in a letter that the company had “consistently failed to advance” plans for the waste-to-energy facility. City officials were concerned that the company hadn’t lined up sufficient financing for the project, according to the letter.

Van Naarden called the letter’s accusations “completely false.” He said Allentown officials had operated unethically, including by terminating the deal with little notice as construction on the plant was about to begin. He connected the deal’s failure to corruption at city hall.

“The incident cost me about two-and-a-half years and close to $3 million,” Van Naarden said. “But I did feel vindicated when I found out that these people were convicted and sent to jail.”

The Municipal Review Committee discovered Delta Thermo’s involvement in the FBI investigation after the bondholders had chosen the company as their preferred bidder, Carroll said. The committee told the bondholders about it, but it did not change their preference.

“There were no charges of any kind against DTE, as well as no accusations of wrongdoing from any law enforcement,” Carroll said.

Such disposal could be something that benefits Municipal Review Committee towns and cities in the future, Aronson said.

Responding to Vallette’s questions about Allentown, Carroll said he had seen evidence of Delta Thermo’s financial ability to run the plant.

As part of its preparations to take over the Hampden facility, Delta Thermo is working with the Maine Department of Environmental Protection to have the plant’s permits transferred to the company or to add its name to the permits, Van Naarden said.

Hampden Mayor Shelby Wright, who worked as director of community services at the Hampden plant before it closed, said she looked forward to the plant’s reopening.

Wright said she hopes that Delta Thermo hires as many former employees as possible — something Van Naarden said he hopes to do.

“The restart would surely benefit from having such a skilled and dedicated group of people,” Wright said.