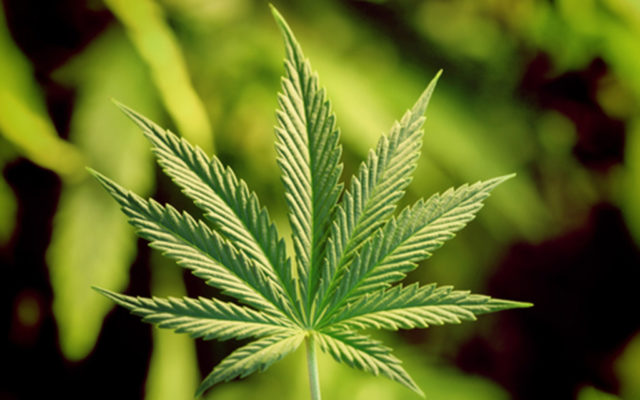 It may be legal, but high prices and inconvenience may drive black-market marijuana for years

Rufus St. Hillaire grew six marijuana plants with his husband behind their cabin on their 2-acre property in Poland this year.

He has a medical card to purchase marijuana, but no longer needs it to legally buy weed and edibles since a handful of Maine retailers began selling cannabis recreationally to those older than 21 without a prescription back in October.

Still, St. Hillaire said he continues to buy, sell and swap cannabis illegally with friends and others, and typically only visits retail operations for certain hard-to-get sativas.

“Weed is just cheaper on the black market,” the 31-year-old retail manager said. “And I can text my dealer whenever and he’s got me.”

In the first two months of legal marijuana sales, Maine has generated more than $2.4 million in revenue, a figure that’s only expected to grow as more than 200 retailers await licensure.

But high prices and a lack of supply are driving many Maine cannabis consumers back to the streets, where weed remains much cheaper and plentiful. The state stands to lose millions in cannabis revenue in the coming years before the recreational supply here catches up with demand and retail prices finally begin to drop for consumers.

Marijuana sold on the black market deprives the state of 5.5 percent sales tax on medical marijuana and a 10 percent retail tax rate on recreational marijuana in Maine.

At Firestorm, a recreational marijuana retail store on Outer Hammond Street in Bangor, a quarter of an ounce of weed costs about $120 before tax. The same amount of weed purchased on the black market in the area can go for around $70.

Joel Siano, a marijuana smoker from Brunswick, said he believes many cannabis users are repelled by the high prices they’ve seen in the recreational market — ranging from about $350 to $440 an ounce — along with the lack of recreational stores across Maine.

Siano — who has had his medical card for four years — said medical-market prices are far more reasonable than the recreational market. He said a change in prices could eventually cause the legal market to largely replace the black market.

“I think pricing has a lot to do with the reason [people still buy from the black market],” Siano said. “It is cheaper and has no tax.”

John Lorenz, owner of Sweet Relief in Northport, pointed out much of the cannabis being sold on the streets is untested and likely not up to the adult-use industry’s quality standards.

“They are going to find recreational pot expensive right now if that is their only concern,” Lorenz said. “Even if it is 10 times better [than black-market marijuana.]”

But people keep buying it.

Jason Neas of Greenville, who has a medical marijuana card, said black-market sales are common in Piscataquis County, where many grow cannabis themselves.

“It’s a plant — it grows anywhere,” Neas said. “Whether it is sold through a store or out of someone’s backyard, there’s no real way to regulate it.”

While possession and cultivation of cannabis is legal in Maine with limits, the unauthorized sale of marijuana continues to be illegal, with penalties ranging from a maximum sentence of one year in jail for up to a pound, to a maximum of 30 years under certain circumstances.

Any sale and use of marijuana remains illegal under U.S. law, though federal officials have not interfered in the creation of the medical and recreational marijuana programs in Maine.

Even so, black-market marijuana distributors are still targets of law enforcement: about 22 percent of all people accused of distributing or manufacturing drugs arrested in the United States in 2019 were selling marijuana, according to FBI data.

There have been notable examples of this in Maine, even in the age of legalization.

In 2018, federal agents arrested several people after uncovering an illegal pot operation in the Lewiston-Auburn area. Even distribution under 110 pounds of the plant is a federal felony punishable by up to five years in prison.

But that doesn’t stop Hillaire, who said black-market “dealers” are also friends and neighbors who supplement their income by selling weed.

“It’s important to support them,” he said.

David Page, co-owner of Coastal Cannabis in Damariscotta, acknowledged prices in the new legal marijuana industry are still fairly high compared to the black-market, and even compared to what patients can acquire with medical marijuana cards.

Page noted that such a price drop had already happened in other states where marijuana was legalized, as well as in Maine’s medical marijuana market.

“The proof is in the pudding in California and Colorado,” Page said. “Supply caught up with demand, and prices dropped.”

Until then, the black market for cannabis is likely to flourish in Maine — something that appears to be happening in Illinois, which legalized recreational cannabis sales on Jan. 1.

Black-market sales of marijuana there are expected to outpace legal sales at least through 2024, according to data from cannabis industry research firm BDS Analytics.