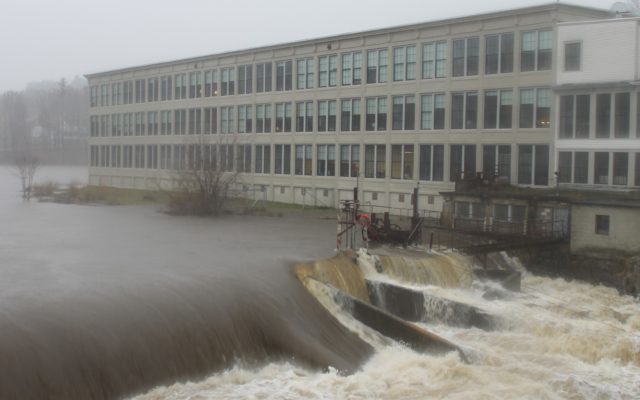 Maine saw six signs of a warming climate throughout 2020

Contributed • December 22, 2020
By Bill Trotter, Bangor Daily News Staff Six types of weather events that struck Maine in 2020 — drought, wildfires, storms, floods, warming oceans and rising sea levels — are expected to make return visits in the coming years as climate change continues to affect the state. All of these phenomena can be linked to one main contributing factor: increasing temperatures.

All of these phenomena can be linked to one main contributing factor: increasing temperatures. Like the rest of the planet, generally warmer weather is affecting Maine and driving more severe weather patterns that often result in hotter and drier conditions, along with wetter and more powerful storms.

Temperatures in the Gulf of Maine have been noticeably warmer over the past decade or so, making it one of the fastest-warming marine bodies of water on Earth. The hottest year on record in the Gulf of Maine was 2012, but the hottest-ever average daily temperature documented in the gulf, 69.85 degrees Fahrenheit, was recorded this summer on Aug. 14.

Along with the warmer ocean temperatures have come occasional extreme high tides, which have been exacerbated by melting polar ice caps and resulting rising seas. These so-called “king” tides continue to inundate low-lying parking lots next to tidal rivers in Maine and other shorefront infrastructure such as causeways and piers.

There has been no documented confluence of a king tide and storm surge in Maine this year, as none of the named tropical storms of 2020 had a direct impact on the state, but at times Maine was hit this year with back-to-back nor’easters, separated by only a few days. These storms, punctuated by strong winds and heavy precipitation, kept power crews busy and left some Mainers in the dark for long stretches or knocked out their power again not long after it had been restored.

It happened in mid-April, when more than 250,000 electricity customers lost power over a four-day-period when two storms hit Maine. And it happened again in early December, when first a rain storm knocked out electrical service to more than 100,000 Mainers and then, four days later, another storm brought gusty winds and snow to much of the state, cutting power to more than 200,000 electricity customers. Some lost power for days.

Heavy downpours associated with some storms caused some flooding in specific locations without any significant or lasting damage, though such deluges can cause combined sewer overflows that pollute rivers. In July, a hail storm damaged hundreds of cars at a Sanford auto dealership.

Between the severe storms, the lack of precipitation is getting more pronounced, leading to months-long droughts. After rains grew scarce this summer, drought conditions spread in Maine and eventually extended throughout the entire state. The flow of water in the Piscataquis River shrank to record low levels in September, but on Dec. 1 swelled above flood stage when the first of two storms struck Maine that week.

Along with the dry conditions have come wildfires.

It has been many decades since Maine has experienced the kind of huge forest fires that have become more common in recent years in western states such as California, Oregon and Colorado.

But Maine still had one of its busiest wildfire years ever, recording 1,150 such fires in 2020, the most in the state since 1985 and more than twice the annual average from 2016 through 2019, according to the Maine Forest Service.

A boost in outdoor human activity, prompted by the COVID-19 pandemic, played a role in the increase in wildfires. But Chief Forest Ranger Bill Hamilton said he’s also seen a change in weather patterns in the state, with heavy downpours occurring in tighter time frames, and longer dry spells between storms.

“There was extreme drought in some parts of Maine this summer,” Hamilton said.

What 2021 might be like is uncertain, he said, but the forest service is planning for another busy year.

“I’d like to hire 20 more rangers,” Hamilton said, though he acknowledged that adding to his staff is unlikely given the state’s current budget outlook. If there are a lot of wildfires again next year, rangers again could find themselves working long days and many days in a row without taking one off, he said.