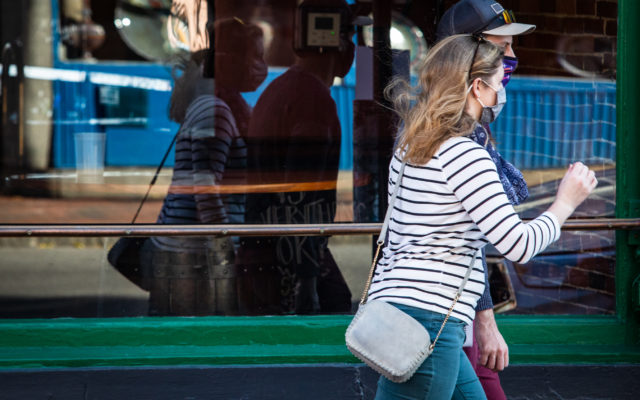 Contributed • November 24, 2020
By Christopher Burns, Bangor Daily News Staff This story will be updated. Maine marked the grimest milestone yet in the coronavirus pandemic on Tuesday when the state saw the largest single-day death toll and another record-high number of new cases.

Maine marked the grimest milestone yet in the coronavirus pandemic on Tuesday when the state saw the largest single-day death toll and another record-high number of new cases.

A dozen people across five counties succumbed to COVID-19, the illness caused by the new coronavirus, while 258 new cases were reported across the state, according to the Maine Center for Disease Control and Prevention.

Tuesday’s report brings the total number of coronavirus cases in Maine to 10,799. Of those, 9,698 have been confirmed positive, while 1,101 were classified as “probable cases,” the Maine CDC reported.

The agency revised Monday’s cumulative total to 10,541, down from 10,544, meaning there was a net increase of 255 over the previous day’s report, state data show. As the Maine CDC continues to investigate previously reported cases, some are determined to have not been the coronavirus, or coronavirus cases not involving Mainers. Those are removed from the state’s cumulative total. The Bangor Daily News reports on the number of new cases reported to the Maine CDC in the previous 24 hours, rather than the increase of daily cumulative cases.

Only one county — Hancock — reported no new cases.

Tuesday’s report smashed the previous record-high for new cases — 247 — set less than two weeks ago, Maine CDC data show. It’s the fifth time over the past 10 days with more than 200 new cases reported.

So far, 662 Mainers have been hospitalized at some point with COVID-19. Information about those who are currently hospitalized wasn’t immediately available.

Meanwhile, 246 more people have recovered from the coronavirus, bringing total recoveries to 8,232. That means there are 2,378 active confirmed and “probable” cases in the state, which is down from 2,381 on Monday.

A majority of the cases — 6,434 — have been in Mainers under age 50, while more cases have been reported in women than men, according to the Maine CDC.

As of Monday, there have been 825,553 negative test results out of 838,605 overall. About 1.5 percent of all tests have come back positive, the most recently available Maine CDC data show.

As of Tuesday morning, the coronavirus had sickened 12,421,995 people in all 50 states, the District of Columbia, Puerto Rico, Guam, the Northern Mariana Islands and the U.S. Virgin Islands, as well as caused 257,707 deaths, according to Johns Hopkins University of Medicine.