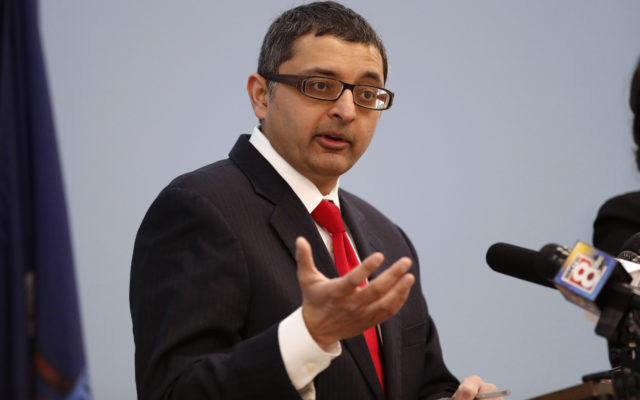 Friday’s report brings the total number of coronavirus cases in Maine to 9,958. Of those, 8,933 have been confirmed positive, while 1,025 were classified as “probable cases,” according to the Maine Center for Disease Control and Prevention.

The agency revised Thursday’s cumulative total to 9,724, down from 9,734, meaning there was a net loss of 10 over the previous day’s report, state data show. As the Maine CDC continues to investigate previously reported cases, some are determined to have not been the coronavirus, or coronavirus cases not involving Mainers. Those are removed from the state’s cumulative total. The Bangor Daily News reports on the number of new cases reported to the Maine CDC in the previous 24 hours, rather than the increase of daily cumulative cases.

No new cases were reported in Sagadahoc County.

While rates remain lower than most of the U.S, Maine continues to see a rapid rise in COVID-19 cases.

As cases rise, Gov. Janet Mills has increased restrictions to hamper the spread of the virus. Mills issued an executive order on Thursday requiring several Maine businesses — including restaurants, bars and casinos — to close at 9 p.m. That order began on Friday and will be in place until Dec. 6.

The measure drew criticism from Maine’s hospitality industry, which has been critical of Mills’ actions to contain COVID-19. Mills said the measure was necessary to prevent the virus from spreading as students and family members travel to the state for the holidays. On Wednesday, Mills urged Mainers to avoid in-person gatherings on Thanksgiving.

Outbreaks also continue to occur across the state, including one that began last month at a nursing home in Rockland linked to 35 cases and one death.

The statewide death toll now stands at 173. Nearly all deaths have been in Mainers over age 60.

So far, 628 Mainers have been hospitalized at some point with COVID-19, the illness caused by the coronavirus. Information about those who are currently hospitalized wasn’t immediately available.

Meanwhile, 187 more people have recovered from the coronavirus, bringing total recoveries to 7,590. That means there are 2,195 active confirmed and “probable” cases in the state, which is up from 2,108 on Thursday.

A majority of the cases — 59.5 percent — have been in Mainers under age 50, while more cases have been reported in women than men, according to the Maine CDC.

As of Friday, there have been 788,994 negative test results out of 800,980. About 1.44 percent of all tests have come back positive, the most recently available Maine CDC data show.

As of Friday morning, the coronavirus had sickened 11,720,318 people in all 50 states, the District of Columbia, Puerto Rico, Guam, the Northern Mariana Islands and the U.S. Virgin Islands, as well as caused 252,564 deaths, according to Johns Hopkins University of Medicine.