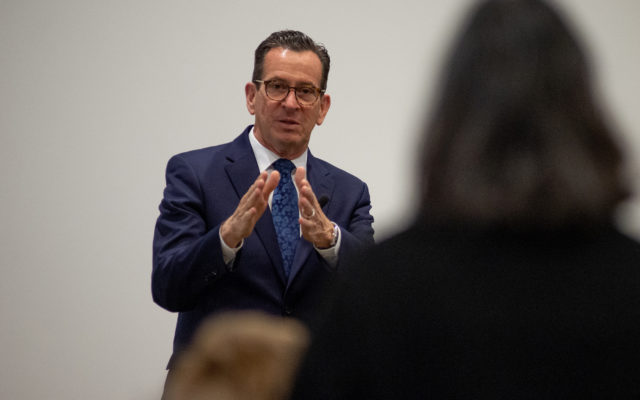 How the UMaine System’s largest gift ever came together

Staff, Piscataquis Observer • October 15, 2020
By Eesha Pendharkar, Bangor Daily News Staff When Dannel Malloy accepted the job last year as chancellor of the University of Maine System, one of the first people he met with was Greg Powell, head of Maine’s largest philanthropic institution, the Harold Alfond Foundation. About five months later, the university system started discussing a grant proposal with the foundation that led to it this week becoming the recipient of the largest donation ever to a public educational institution in New England.

When Dannel Malloy accepted the job last year as chancellor of the University of Maine System, one of the first people he met with was Greg Powell, head of Maine’s largest philanthropic institution, the Harold Alfond Foundation.

About five months later, the university system started discussing a grant proposal with the foundation that led to it this week becoming the recipient of the largest donation ever to a public educational institution in New England.

The Harold Alfond Foundation on Tuesday announced it would award $500 million to eight Maine educational institutions and workforce development organizations. The University of Maine System received the biggest chunk of funding: $240 million allocated over the next 12 years, making that portion alone the largest single donation the Harold Alfond Foundation has ever given.

The donations fall within the general priority areas for the foundation — education, health care and community and youth development — whose giving has included $500 college investment grants to every Maine newborn and helped hospitals and colleges across the state add to and substantially upgrade their facilities.

But the gift to Maine’s public university system specifically was largely a reaction to the system’s push for a unified accreditation for its seven universities — an idea aimed at encouraging more collaboration among the universities that’s been proposed for decades, but that Malloy pushed aggressively in his first year on the job.

Much of the $240 million from the Alfond Foundation will pay for initiatives meant to affect multiple campuses in the university system — $75 million for a multi-university college of engineering that grows engineering offerings in Portland in part by drawing on engineering expertise at the University of Maine in Orono, and $55 million to develop a Maine Graduate and Professional Center in Portland that will lean into academic programs offered at both UMaine and the University of Southern Maine.

“There are literally thousands of Maine people who benefited from an education within the University of Maine System, so the university system as the single biggest resource, or asset, for training Maine people is just vitally important to the state,” Powell said, explaining why the public university system, with an enrollment of almost 30,000 students, received the largest donation. “It just seems to us that investing in the UMaine System makes all the sense in the world.”

To Malloy, the grant is the successful result of a working relationship he started building when he took the chancellor job, and the progress the system has made toward a unified accreditation.

After discussing the idea since 1986, university system trustees in January voted to pursue a single accreditation for the seven universities. That means the system wants to be evaluated as a whole by the regional body that accredits colleges and universities, rather than have its individual universities seek accreditation on their own.

When a university receives accreditation, it means that its academic programs meet basic quality standards, that its facilities are sufficient for a college education and that it has a particular organizational structure.

The quick progress Malloy made, from issuing a report more than a year ago calling for Maine’s seven universities to work together more often to securing an affirmative vote from the Board of Trustees months later, was a key element leading to the University of Maine System’s largest donation ever.

Unified accreditation will allow the seven universities in the University of Maine System to share resources, faculty and services to a greater extent than is currently allowed under separate accreditation.

The college of engineering initiative — the specifics for which are still evolving, according to Malloy — includes a call for programs shared across university campuses and for UMaine graduate programs to be offered on the USM campus in Portland. And the money for the graduate and professional center will, in part, pay for the university system to develop programs that incorporate business, law and engineering.

“It was a test to see whether we were prepared to make the kinds of changes in our operations that they would have confidence would lead to greater success,” Malloy said.

Before this week’s gift, the Alfond Foundation had already given the university system money to start work on the graduate and professional center initiative.

George Jacobson, a professor emeritus of biology, ecology and climate change at UMaine who called on the university for decades to invest in its research infrastructure so it could better compete for grants, said he was pleased with the Alfond Foundation grant and how the university system plans to spend the funds — particularly the focus on engineering.

“We can never have too much support for Maine students to develop in those areas,” he said. “If we don’t have students prepared on the cutting edge, Maine will just not be able to keep up.”

He also praised Malloy and UMaine President Joan Ferrini-Mundy for their focus on building research infrastructure.

“I know they work closely together, and I know that their focus is to have us be a stronger research university for the state of Maine, and that’s all I ever cared about,” he said.

Another $20 million from the foundation’s grant will pay for initiatives aimed at improving student retention at Maine’s universities, where a sizable portion of students leave before they graduate. The largest portion, $90 million, will go toward building new athletic facilities at UMaine and upgrading existing ones.

As with the university system, the grants for the other seven institutions grew out of meetings over the past year to discuss their needs and how they intended to spend the money, Powell said.

The University of Maine System will match its $240 million gift with $170 million in other fundraising. Matching fundraising for the other grantees will range from $2 million to $52 million, Powell said.
The Harold Alfond Foundation — named for the Maine shoe magnate who sold his Dexter Shoe enterprise to Warren Buffett’s Berkshire Hathaway in the 1990s, and whose 2007 death and bequest made the philanthropy Maine’s largest — gave out $47.1 million in grants in 2019, about 90 percent in Maine. It expects its 2020 giving to top $50 million because of increased giving during the COVID-19 pandemic.