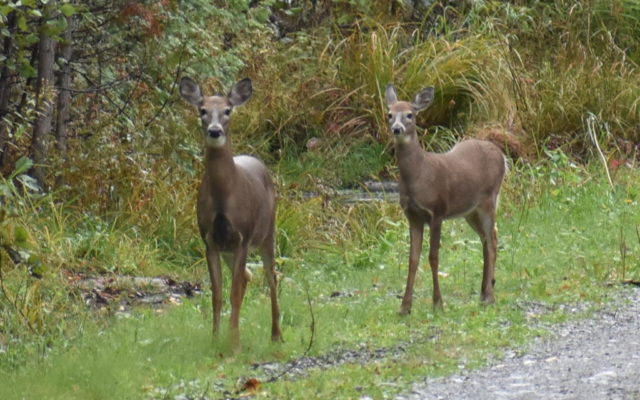 Staff, Piscataquis Observer • October 14, 2020
By John Holyoke, Bangor Daily News Outdoors Editor In September, the Maine Department of Inland Fisheries and Wildlife announced the winners of more than 109,000 “any-deer” and “bonus” permits, which allow hunters to shoot deer that do not have antlers. For the uninitiated, the any-deer system can be a bit confusing.

In September, the Maine Department of Inland Fisheries and Wildlife announced the winners of more than 109,000 “any-deer” and “bonus” permits, which allow hunters to shoot deer that do not have antlers.

For the uninitiated, the any-deer system can be a bit confusing. And after a longtime master Maine guide called the BDN on Monday to say he and other midcoast hunters weren’t exactly sure how bonus and any-deer permits could be legally used, a call to the state’s deer biologist seemed in order.

Here is what you need to know about using your any-deer or bonus permits.

Bonus permits are just what they sound like, according to the DIF&W’s Nathan Bieber: Some hunters who were drawn to receive an any-deer permit also receive a bonus permit, which allows them to take a second animal.

And if the hunter took a doe with their any-deer permit, they can then use their bonus permit to take a second doe in a specified Wildlife Management District.

Further complicating matters is this: Some hunters received multiple bonus deer permits. Bieber said there’s an easy explanation for that.

In WMD 25, which includes much of the midcoast — some of the best deer territory in the state — 16,530 any-deer permits were issued, and some hunters received an any-deer permit and two bonus permits for this season.

“If you get an any-deer permit for a district, that doesn’t let you take an additional deer. That just lets you take a buck or a doe in that district. The bonus permit is what you need to take an extra deer,” Bieber said.

Adding to the potential confusion is the ongoing expanded archery season, which stretches from Sept. 12 to Dec. 12 in more urban areas where bowhunting is the only safe way to help manage the deer herd.

Do you have an outdoors story to share with BDN readers? Send it to jholyoke@bangordailynews.com