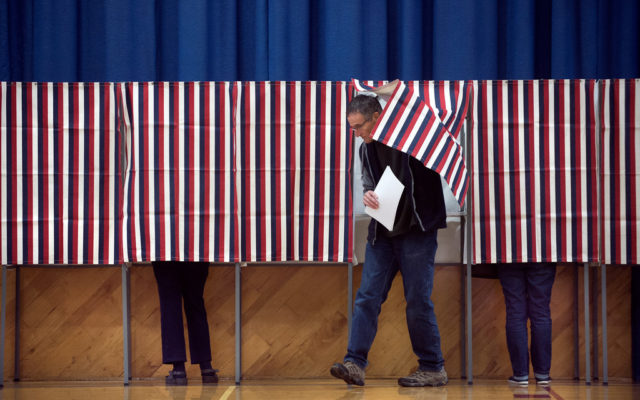 Caitlin Andrews, Bangor Daily News Staff • August 15, 2020
A federal judge who has upheld Maine’s ranked-choice voting system once before reiterated his view that the method is constitutional Friday, Aug. 14 when he denied a request from four voters to invalidate it before the November election.

A federal judge who has upheld Maine’s ranked-choice voting system once before reiterated his view that the method is constitutional Friday, Aug. 14 when he denied a request from four voters to invalidate it before the November election.

U.S. District Court Judge Lance E. Walker — who is a 1990 Foxcroft Academy graduate — ruled that setting aside the voting system would “undermine rather than safeguard the most relevant public interest,” referring to people’s ability to use the method if they wish to do so. Walker found the plaintiffs in the lawsuit filed in July would be unlikely to succeed on any of the five claims they presented in their case.

It marks the second defeat for opponents of ranked-choice voting this week. A people’s veto effort to block its usage in the presidential election was determined by Secretary of State Matt Dunlap again to have fallen short again of the roughly 63,000 signatures needed to get on the ballot. Further legal wrangling in that case is likely.

The plaintiffs in the federal suit argued the system effectively disenfranchises voters who do not rank a second choice, either because they are confused or do not want to. It contended that exhausted ballots disproportionately affect older voters and those with lower levels of education, and violates the 26th Amendment to the U.S. Constitution.

But Walker turned that argument back in his Friday decision, nodding to the 2016 referendum that established the system in Maine and advising opponents to “persuade one’s fellow citizens of the correctness of one’s position and to petition the political branch to change the law.”

“My limited charge is to determine only whether the RCV Act is contrary to the text of the United States Constitution,” he wrote. “It is not.”

The lawsuit was the fourth challenge to the system since its adoption in 2018 and the second time Walker has presided over a related case. The appointee of President Donald Trump was skeptical when former U.S. Rep. Bruce Poliquin brought a similar charge to the courts in 2018, arguing voters not indicating a second or third choice was a sign of disenfranchisement and played a part in his loss to Democrat Jared Golden.

It mirrored previous Republican arguments against the system, such as the winner may still end up with a plurality — not a majority — of the original ballots cast since some ballots are exhausted when voters do not rank a second choice. Advocates have sold the method as a way of increasing voter participation.