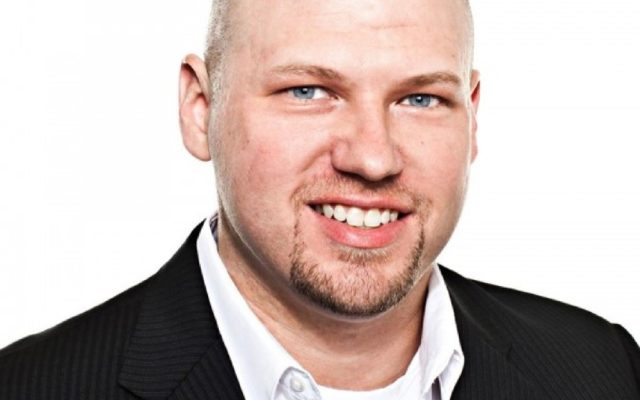 We aren’t as far apart as we think

Matthew Gagnon, Special to the Piscataquis Observer • June 4, 2020
It can be quite hard to talk about the issues circulating around the death of George Floyd, as well as the protests that death sparked, without everyone tuning you out. Depending on not only what you are saying, but who you are, people can discount what you say before you utter a single word.

It can be quite hard to talk about the issues circulating around the death of George Floyd, as well as the protests that death sparked, without everyone tuning you out. Depending on not only what you are saying, but who you are, people can discount what you say before you utter a single word.

It can be even harder to listen, particularly when everyone who speaks on the issue does so out of great passion.

Rational dialogue requires both talking and listening, and a genuine search for understanding. I’m not sure America is even capable of doing that anymore.

I am a very strong supporter of the police. Despite a healthy skepticism of state power wielded by individuals who have great authority to enforce unjust and ridiculous laws, I have known too many police officers in my life to not be sympathetic to their plight.

The police are asked to keep us safe, and maintain a sense of law and order in a world that increasingly seems to want to label them the bad guy. There are more than 1 million people employed, between state and local communities, in law enforcement on a full-time basis, including roughly 765,000 sworn personnel, who are those granted with the power to arrest you.

These officers have hundreds of thousands of interactions with the public every single day. A very small percentage of those interactions are problematic, and even fewer are violent. But every time a shooting occurs, an apprehension goes wrong, or a police interaction goes poorly, it seems like that incident is recorded and then played repeatedly on the news, giving the impression that there is an epidemic of violent sociopaths wearing the badge.

If you’ve ever known a police officer and heard some of the things they have to deal with, your sympathy would likely increase. Police officers routinely have to deal with violent criminals, drug dealers, human traffickers, domestic abusers, and criminals. Some of the stories are terrifying, and I can’t imagine putting myself in a position to be the one who handles them.

Beyond that, the incidents that police deal with are rarely as simple and black and white as you might guess.

So my sympathy couldn’t possibly be higher.

And yet, to deny that inappropriate use of force exists, simply because I support the police would be a tremendous mistake. Just like any population of people, from police to priests to charity workers, there are invariably people who are inherently bad, those who are careless, and those who are incompetent, Any of those traits are dangerous in an officer.

While I am always mindful of reacting too quickly without learning as much as possible, that certainly appears to have been the case in the George Floyd case. As has been widely covered, Derek Chauvin, the officer which kneeled on Floyd’s neck for almost nine minutes, has been arrested and charged with third-degree murder.

The restraint he was using was not something he was trained to use, he ignored pleas to allow Floyd to breathe, and the autopsy commissioned by his family has concluded that he died of “asphyxiation from sustained pressure” when his neck and back were compressed.

Watching the video of the incident did not leave anyone with the sense that the officer acted appropriately.

So, I support the protests, provided they are lawful and do not descend into looting, violence, arson and assault, which has sadly been happening all too often. I also support the prosecution of this officer, though I want his trial to be one based in fact rather than supposition.

But more than anything, I want us to be able to talk, and to listen, with an open mind. If we do, I think we’d find most of us aren’t as far apart as we might think we are.

Matthew Gagnon of Yarmouth is the chief executive officer of the Maine Policy Institute, a free market policy think tank based in Portland. A Hampden native, he previously served as a senior strategist for the Republican Governors Association in Washington, D.C.