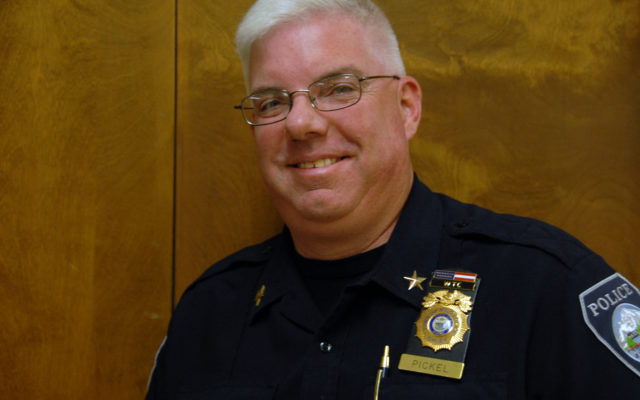 Milo Police Chief and Town Manager Damien Pickel died unexpectedly at his home Monday, according to police. He was 51.

No cause of death was listed on the Piscataquis County Sheriff’s Office Facebook page or the Dover-Foxcroft Police page, both of which posted tributes to Pickel. A post on the town of Milo Facebook page said Pickel died due to natural causes. Messages left with law enforcement agencies Tuesday seeking more information about his death were not immediately returned.

Pickel took over as town manager in 2014 and had served as chief of the Milo Police Department since 2011. He first joined the department in 2009 as a reserve officer, then became a full-time officer and sergeant before leading the department.

Before coming to Milo, Pickel served 19 years with the New York City Police Department, including nine years as a detective and five years before as part of the mounted unit. He was working on Sept. 11, 2001, recalling in a 2016 Facebook post on the Milo Police Department page how that day he and many other detectives were assigned to schools around the city to protect the students. Pickel would be at Ground Zero later in the day after the collapse of the towers. Six months later, he was assigned to the Office of the Chief Medical Examiner at Bellevue Hospital — the morgue. He wrote detectives were there to protect the chain of evidence, which included identification of victims.

“Long night here in the Piscataquis Law Enforcement family. We will watch over your family and your town. Rest In Peace, Chief Pickel. We have the watch from here,” said a post on the Dover-Foxcroft Police Facebook page.

Observer file photo/Stuart Hedstrom
GRILLING FOR THE KIDS — Milo Town Manager/Police Chief Damien Pickel mans the grill during a summer meal program event in July 2017 at the Derby Community Center. Pickel, who passed away on Monday evening, gave back to the community in many ways, including making sure children had access to lunch when school was not in session.

In a post on his office’s page Piscataquis County Sheriff Bob Young wrote, “Milo Police Chief Pickel passed away last evening. Chief Pickel was an interesting guy. He served NYPD for 20 years, including through 911, the World Trade Center, and then came to the small town of Milo, Maine.”

Young also wrote that Pickel “quickly established himself as a good officer with a big heart, especially for those who were struggling. He never lost a desire to truly help people. Beyond the badge, he worked to get treatment for folks with opioid abuse disorders, setting up meals for kids, reaching out to the elderly, and reaching out to other law enforcement agencies to help any way he could. The folks of Milo have lost more than a police chief and town manager, they lost a friend who worked long hours to keep things safe and running smoothly. Our condolences to Damien’s wife and daughters, the officers of MPD and the folks of Milo.”

“We were deeply saddened to hear of the loss of Damien,” said a post on the Tradewinds Marketplace – Milo Facebook page. “Our deepest condolences to (his wife) Angie Pickel and the rest of his family. He was there for all who needed him. Our community will surely miss him.”

Park Street United Methodist Church posted on its Facebook page, “We are asking you to keep the family, friends, law enforcement family and town of Milo in your prayers, thoughts and hearts. Chief Damien J. Pickel was a light in any storm for so many. His sense of community and love of helping the children of our community will be forever missed ……. Lord, Hear Our Cries. Hear The Pain In Our Hearts, Lord. Comfort Damien’s family. Lord, Hear Our Prayers.”

“Chief Damien Pickel was one of Piscataquis County’s true heroes,” began a post on the Piscataquis Regional Food Center Facebook page. “Few people give as much as he gave of himself. His commitment to making sure kids in Milo had enough to eat was fierce. We at PRFC are honored to have worked with him. The power of his dedication to his community, his compassion, and friendship was immense. We will miss you terribly, Damien. Rest well.”

A Piscataquis Chamber of Commerce Facebook post said, “Our deepest condolences to the family and friends of Chief Damien J. Pickel and to the town of Milo. We are all in disbelief to hear of his sudden passing. He was a tremendous advocate for the people of Milo and he had an unparalleled passion to meet the needs of those who were in lack. We will miss you, Chief. Rest easy.”

“He was a passionate champion for Milo,” Rep. Rep. Norm Higgins, I-Dover-Foxcroft wrote on his Facebook page. “He cared for kids, those addicted, the elderly and those less fortunate in life. RIP good friend.”

The Milo town office was closed for much of the day on Tuesday. Per a post on the town Facebook page, the Milo selectboard will be working with the town attorney and Maine Municipal Association on the next steps. The post said Sgt. Nick Clukey will assume the role of chief on an interim basis and Town Treasurer Ellen Moore will serve as town manager in the interim.