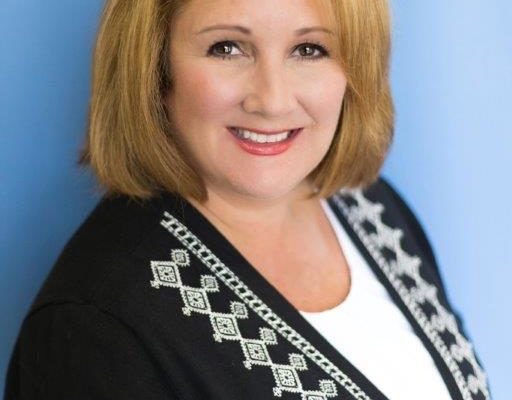 Hospital mergers across US have raised health care prices. Now, another is pending in Dover-Foxcroft.

Staff, Piscataquis Observer • December 27, 2019
Northern Light Health is not paying a fee to acquire Mayo from the 13 towns that collectively own the institution -- that’s one of the arguments in a new lawsuit seeking to block the deal. But supporters of the merger have said that it will nonetheless provide something for the people who use Mayo Regional Hospital and its affiliated practices: the weight of a larger health care organization.

Size matters when it comes to health care.

Just ask the leaders of Mayo Regional Hospital in Dover-Foxcroft, who have been forging ahead with a deal that they say is critical for the long-term survival of their 25-bed facility. They are close to becoming the 10th hospital to join Northern Light Health, the statewide network that employs almost 13,000 people and includes Northern Light Eastern Maine Medical Center in Bangor.

Northern Light Health is not paying a fee to acquire Mayo from the 13 towns that collectively own the institution — that’s one of the arguments in a new lawsuit seeking to block the deal. But supporters of the merger have said that it will nonetheless provide something for the people who use Mayo Regional Hospital and its affiliated practices: the weight of a larger health care organization.

After the facility suffered operating losses every year since 2010, its leaders have argued that joining Northern Light will allow Mayo Regional Hospital to stay open by giving it new resources to cut its operating costs and bring in additional revenue.

Yet evidence from around the country suggests that new revenue could come from charging people who use the Dover-Foxcroft facility more for the health care they receive there. That’s because large systems that do not have competition can use their size to negotiate higher payments from insurance companies.

In an interview earlier this year, Mayo Regional Hospital CEO Marie Vienneau cited Northern Light Health’s leverage over insurance companies as one of the reasons the merger could bring in additional revenue.

“We also would be able to access things that might be better than we have now, like payor contracts,” Vienneau said at the time, referring to the contracts that hospitals sign with insurance providers. “There are lots of things the system as a larger entity has: certainly much more leverage than a smaller freestanding facility has.”

However, it is patients who end up feeling the pain from higher prices because insurers simply pass them on through higher premiums, according to Glenn Melnick, a health care economist at the University of Southern California.

There is also evidence that mergers may help hospital networks to cut administrative costs, such as accounting and information technology, by centralizing them in the parent organization, according to Melnick.

“But the most common effect we see of these systems is that they’re able to get higher prices,” Melnick said. “We don’t really see an offsetting increase of quality and outcomes that goes along with it. It’s not to say it’s impossible or it doesn’t happen, but the evidence so far doesn’t support that good news story.”

For now, Mayo Regional Hospital’s merger isn’t complete. A group of taxpayers from the 13 communities that collectively own the institution has just filed a lawsuit seeking to block the deal on the grounds that it would be an unauthorized giveaway of public resources.

State regulators must also give their final approval to the deal, although they have already released a preliminary report that endorsed it. The board of Hospital Administrative District 4, the quasi-public entity that runs Mayo Regional Hospital, gave conditional approval to the merger on Dec. 18, and Northern Light’s board did the same on Dec. 10.

Dan Cashman, a spokesman for Mayo Regional Hospital, declined to answer questions about the effects of the merger, saying it would be “premature” without state approval.

Suzanne Spruce, a spokeswoman for Northern Light Health, declined to discuss how the system negotiates insurance prices for all of its member hospitals.

But Spruce noted that Mayo Regional Hospital cannot negotiate payments from Medicare and Medicaid. Together, those government programs were projected to provide just over half of the hospital’s patient revenue in 2019, or $48.7 million, according to the hospital. The remaining 47 percent — or $43.4 million — was expected to come from commercial insurers and patients paying out of pocket.

“We are committed to maintaining access to quality, affordable healthcare close to home for the people of Piscataquis County and other areas of Maine served by Northern Light,” Spruce said in a statement.

The Maine regulators who reviewed the merger pointed to research from the American Hospital Association, an influential lobbying organization for hospitals, that found consolidation can bring down costs to patients and insurers.

But many studies have reached the opposite conclusion, according to a summary of research that Carnegie Mellon University health economist Martin Gaynor presented to Congress in 2018. He pointed to a study from Harvard and Princeton universities that found the consolidation of hospitals from different markets within the same state can lead to price increases around 10 percent.

Despite the research on hospital consolidation leading to higher prices, Mitchell Stein, an independent health policy consultant based in Maine, said that it is hard to predict what impact a merger can have on local costs, particularly when medical spending across the Pine Tree State has already been growing at one of the fastest rates in the nation.

Between 1991 and 2014, the state’s per capita spending on health care grew by an average of 5.9 percent annually, according to the most recent data from the Kaiser Family Foundation. That was the fourth highest rate in the country. Charges from hospitals and physicians have generally accounted for about 60 percent of those costs.

“There are several factors at play,” Stein said. “The end result may just be that given the continuing upward pressure on the cost of care, this merger is not large enough to have a significant impact.”

The competition between Maine’s two largest health care networks, Northern Light Health and Portland-based MaineHealth, should theoretically work to drive down the state’s costs, Stein said, but he has not seen evidence that it has.

“I shudder to think that the competition has been effective and things would be even worse without it,” he said.