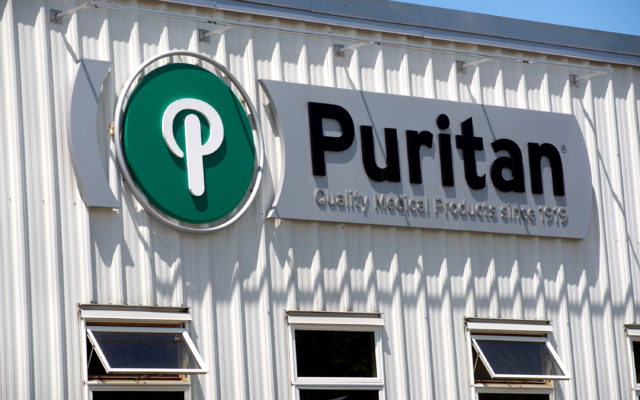 Contributed • September 25, 2022
By Lori Valigra, Bangor Daily News Staff The pandemic boosted Maine’s life sciences sector, which saw the fastest job growth among all industries in the state, a study released Thursday found. The industry has more than 9,500 jobs at 484 businesses here, up 42 percent over the past five years, according to the Bioscience Association of Maine report.

The pandemic boosted Maine’s life sciences sector, which saw the fastest job growth among all industries in the state, a study released Thursday found.

The industry has more than 9,500 jobs at 484 businesses here, up 42 percent over the past five years, according to the Bioscience Association of Maine report. That growth rate is faster than the 1 percent average of all industries in the state over that time. It also is faster than the life sciences job-growth pace in other New England states.

The industry, where the average job pays almost $110,000, is having a big effect on Maine’s economy. It contributed $2.2 billion of the state’s $76 billion gross domestic product last year and accounted for 4.2 percent of Maine’s total exports of products, including diagnostic and laboratory reagents and laboratory instruments.

Employment jumped dramatically since the early days of COVID-19, the report said. Further growth likely depends on the ongoing prevalence of virus variants and the public health response. The report confirms the strong response to the pandemic from Maine’s life science companies, said Agnieszka Carpenter, executive director of the association.

“While uncertainty surrounding the pandemic makes it hard to predict whether this level of growth is sustainable, Maine has now established competitive advantages, creating a positive outlook for the industry moving forward,” she said.

Puritan, which shifted into high gear to make COVID-19 test swabs earlier in the pandemic, and Abbott, which makes tests, laid off workers last year when vaccines decreased demand for their products, but have since ramped up those businesses.

The pandemic also increased students’ interest in the life sciences. More than 6,500 life science degrees were awarded in Maine from 2012 to 2020, with the University of Maine in Orono having the most in 2020 at 180 graduates, followed by the University of New England with 144 and Bowdoin College with 106.

Those numbers may not be surprising given the average annual earnings in the field of $108,741, the fourth-highest in New England behind Massachusetts at $194,598, Connecticut at $137,039 and New Hampshire at $109,235. Almost two-thirds of Maine life sciences jobs are in pharmaceutical and medical manufacturing and in scientific R&D services.

Universities also drew in significant federal research funding, receiving a total of $14.1 million in National Science Foundation biological sciences awards from 2017 to 2021 and more than $515 million from the National Institutes of Health. The University of Maine received the most NSF funding at almost $5 million while The Jackson Laboratory was tops in the state with almost $361 million of NIH funding over the five-year period.

Life sciences companies also drew interest from venture capitalists, which pumped $267 million into Maine companies from 2017 to 2021. Most of the money went to veterinary medicine companies, with Covetrus topping the list at $223 million from 2014 to 2018 followed by Rarebreed Veterinary Partners at $40 million.