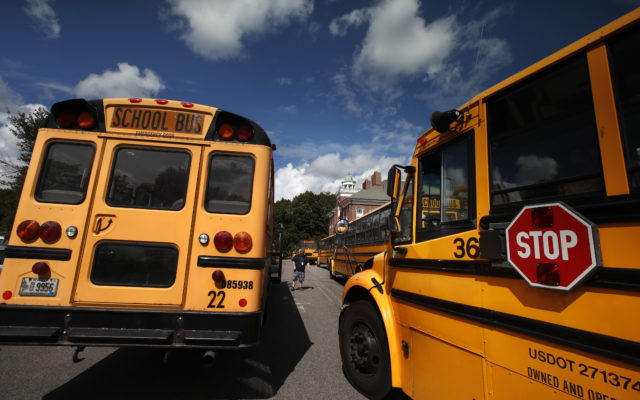 Matt Stone, Bangor Daily News Staff • August 3, 2020
There’s no expectation that all Maine students will return to school buildings full-time in the fall. But just the fact that the state has given the green light for all schools to reopen highlights Maine’s unique position in the U.

There’s no expectation that all Maine students will return to school buildings full-time in the fall. But just the fact that the state has given the green light for all schools to reopen highlights Maine’s unique position in the U.S. when it comes to the coronavirus.

The state’s Friday release of green labels for all of Maine’s 16 counties signaling it was safe for schools to reopen came as school districts around the country that had planned on in-person learning for the fall, even part-time, have switched to remote learning instead, at least to start.

Maine’s green light also came the day after a school in Indiana recorded a coronavirus case in a student on the very first day of classes, prompting the school to isolate the student and order close contacts to quarantine for 14 days.

Twenty-five states have seen their daily numbers of new cases rise over the past two weeks, while 27 have seen deaths increase in the same time, according to data maintained by the New York Times.

But Maine is in neither of these groups, and has stayed out of them even during an abbreviated and lighter tourist season.

Over the course of the pandemic, Maine has exceeded only Vermont and Hawaii in the number of cases for every 100,000 residents. And that trend has held true more recently, too, as fortunes have begun to shift in regions of the country, such as the Midwest, that seemed to have the coronavirus under relative control earlier in the pandemic. Those places are now seeing their numbers of new cases and the percentage of people testing positive for the coronavirus rise. Even Hawaii is now seeing accelerated spread of the virus, as it sits among the states seeing the sharpest rise in new cases.

In the past seven days, Maine has exceeded only Vermont in the number of new cases for every 100,000 residents, and the state has seen more deaths per 100,000 residents than only Hawaii, Vermont and Wyoming in that period, according to the New York Times data. The number of people hospitalized in Maine for the coronavirus fell by more than half over the course of July — from 29 on July 1 to 12 on July 31 — while it grew by more than 50 percent nationally, according to the COVID Tracking Project.

Maine has also held steady on another metric that’s crucial to gauging how actively the coronavirus is spreading in a given place: the percentage of coronavirus tests coming back positive.

As of the end of July, Maine had maintained a test positivity rate below 1 percent for 11 days, according to the Johns Hopkins University Coronavirus Resource Center. No Maine county had exceeded 2 percent for tests conducted in the last two weeks of July, according to the Maine Center for Disease Control and Prevention.

By comparison, the nation’s test positivity rate at the end of July — an average of rates over the past seven days — was 8 percent, according to Johns Hopkins. The World Health Organization in May recommended that governments record test positivity rates of 5 percent or lower for 14 days before reopening.

When that rate starts moving up, it’s a sign the virus is spreading more actively in a particular place and that the pace of reopening should slow, Dr. Anthony Fauci, director of the National Institute of Allergy and Infectious Diseases, told the Washington Post.

While Maine’s 16 counties have the green light now to reopen their schools — with requirements in place such as face coverings for all and at least six feet of distance between adults and students — that could quickly change, and state officials plan to revisit the designation every two weeks.

Maine’s case and testing data could take a turn, as they have in nearby New Hampshire and Massachusetts, which are now both among the states with case numbers and test positivity rates rising after seeing promising trends for weeks. Or, a single outbreak in a county at a place frequented by children — such as a child care center, summer camp or after-school program — could change that county’s outlook, Maine CDC Director Nirav Shah said Friday.

In addition, the tourist season isn’t yet over, meaning the possibility of out-of-state visitors bringing the virus to Maine and spreading it to local residents is still present, even though that doesn’t appear to have happened much yet.

“Things change, so while today, July 31, counties in Maine are green, that may not be true two weeks from now or four weeks from now,” Jeanne Lambrew, commissioner of the Maine Department of Health and Human Services, said Friday.