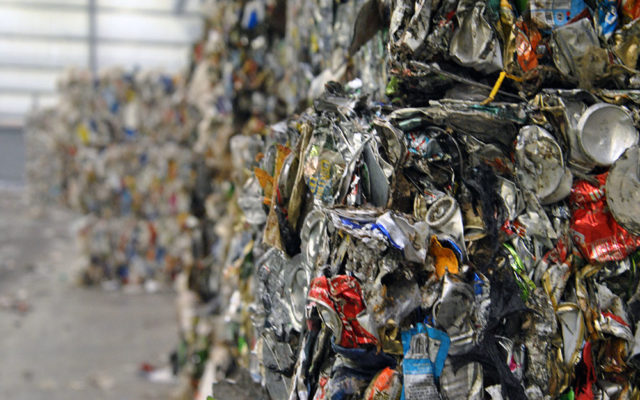 Charles Eichacker, Bangor Daily News Staff • July 18, 2020
The owners of the recently shuttered Hampden waste plant are blaming many of its financial problems on a contractor that staffed and ran the facility, arguing in court documents that the contractor hired and then poorly supervised unqualified workers at the plant.   In a counter lawsuit filed Wednesday, Coastal Resources alleged contractor NAES breached its contract with substandard work.

The owners of the recently shuttered Hampden waste plant are blaming many of its financial problems on a contractor that staffed and ran the facility, arguing in court documents that the contractor hired and then poorly supervised unqualified workers at the plant.

It was just the latest twist for a young facility that was once billed as a sustainable means to keeping the trash from more than 100 Maine towns out of the landfill, but that is now mired in financial problems and uncertainty about its future.

NAES filed its own lawsuit against the Coastal Resources of Maine plant last month, alleging that the Hampden facility owed it more than $1.2 million for unpaid services. That lawsuit came as the new plant was shutting its doors after running out of money to pay its bills, and the Maine communities that send trash to the plant were beginning to look for new partners to re-open it.

This week, a NAES representative denied the allegations in the new counter lawsuit by Coastal Resources and said it’s willing to resume running the plant if it is adequately paid.

In court documents, Coastal Resources acknowledged that it owes an unspecified amount to NAES, but disputed many of the claims in the contractor’s lawsuit. In its own suit, the Hampden plant accused the contractor of breaching its agreements by failing to make “reasonable efforts” to ensure the commercial success of the facility.

“As a direct and proximate result of NAES’s breaches of its duty of care, CRM has suffered substantial damages, including damages associated with operating the facility at less than optimal capacity, and ultimately being forced to shut down,” said Coastal Resources’ two attorneys, Clifford Ruprecht of Portland and Patrick McKevitt of Baltimore, Maryland.

The attorneys argued that NAES, which is based in Washington state, “failed to hire experienced personnel at the facility or its home office,” which contributed to lengthy and frequent periods of downtime, poor maintenance of equipment and other challenges as the plant was starting up. They gave the example of a plant manager who used to run the boilers at a paper mill, but “had no experience running advanced waste processing operations.”

NAES’ supervisors allegedly allowed sludge to build up in the plant — requiring an outside company to vacuum it up — and let employees spend time “pilfering” tools, cash and other valuables from the waste stream, distracting them from identifying other types of waste critical to the facility’s bottom line, according to the attorneys for Coastal Resources.

The attorneys also said the contractor was responsible for two violations of the plant’s wastewater permits, including the accidental release of about 6,500 gallons of bleach into the local sewage system late last summer that was punished by a $4,390 fine from Bangor’s wastewater treatment department.

NAES’ vice president of operations, Dean Blaha, pushed back against the accusations in the new Coastal Resources lawsuit.

“NAES has had a good working relationship with the Coastal Resources team,” he said in a statement. “This is the first time NAES has heard that Coastal believes that NAES has breached its obligations and NAES denies the allegations in their entirety.”

The Coastal Resources plant, which is owned by the company Fiberight and the private equity firm Ultra Capital, has struggled to turn a profit since opening for commercial operations late last year.

Before it closed, it accepted household trash from 115 Maine communities and worked to either recycle or reuse more than half of that waste, including by converting some of it into marketable products such as plastic fuel briquettes and cellulose pulp. The plant recently had hoped to borrow $14.7 million to cover its operating expenses and make necessary upgrades, but it had to shut its doors when that loan fell through.

The Municipal Review Committee, an organization representing the communities that use the plant, has attributed its financial problems to a number of factors, including construction delays, an appeal of its license, new import restrictions from China, delays in receiving the state permits to sell off its end products, and new business challenges from the coronavirus.

Karen Fussell, the president of the MRC’s board of directors, also has said that the corporate owners of Coastal Resources could not efficiently oversee the Hampden plant because they never appointed a local representative.

Now, the MRC hopes to find another set of investors to reopen and run the plant. The committee’s executive director, Michael Carroll, declined to weigh in on the legal dispute.

“Out of respect for the parties, MRC does not have any comment on the pending litigation at this time,” Carroll said. “MRC’s focus continues to be on serving its members and their solid waste management needs, including ongoing efforts to re-open the Coastal Resources of Maine facility.”