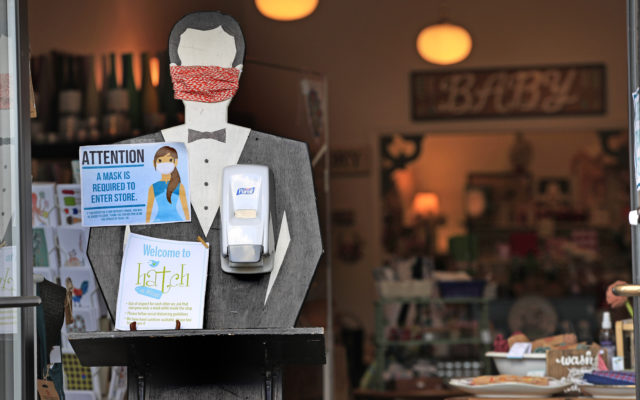 Coronavirus cases are in the single digits in 12 counties, but the risk is still there

Charles Eichacker, Bangor Daily News Staff • June 17, 2020
Twelve of Maine’s 16 counties are now reporting fewer than 10 active cases of the virus, including three -- Piscataquis, Aroostook and Washington counties -- with zero. The prevalence of COVID-19, the disease caused by the virus, also seems to finally be dropping in more heavily populated southern Maine counties even as the state has ramped up testing in recent weeks.

More than three months after the coronavirus first arrived in Maine, the state seems to be turning a corner in its response to the serious public health threat that has now killed more than 100 people, caused dozens of outbreaks in nursing homes and other facilities, and upended the economy.

Twelve of Maine’s 16 counties are now reporting fewer than 10 active cases of the virus, including three — Piscataquis, Aroostook and Washington counties — with zero. The prevalence of COVID-19, the disease caused by the virus, also seems to finally be dropping in more heavily populated southern Maine counties even as the state has ramped up testing in recent weeks.

So how concerned should Mainers who have been stuck at home for months be about catching COVID-19 as they venture back out into public?

The answer depends in part on where you live: people in remote, lightly populated areas can generally feel more comfortable going out to the store or restaurant than those in populated areas with lots of confirmed cases, or even than those in tourist hubs that are likely to draw visitors from places with more cases, according to health experts.

But experts also cautioned that Mainers will still be at risk of catching or spreading the infection regardless of the latest case counts, which is why it’s important to keep taking steps to mitigate its spread, such as wearing face coverings and keeping at least six feet from others in public.

It’s especially important for Mainers who are attuned to the ongoing public health threat to take those steps, given the evidence that others have not felt the same compulsion, according to Dr. Noah Nesin, chief medical officer and vice president of medical affairs at Penobscot Community Health Care, a Bangor-based group of primary care practices.

Nesin pointed to a recent photo from Monday’s reopening of a T.J. Maxx store in Bangor where a line of maskless customers waited outside.

“There are those who are denying the risk, to the extent that they aren’t considering all of these factors,” Nesin said. “They put all of us at greater risk, so for people who are being conscientious about these things, it’s even more important they be careful about their decision-making.”

While Penobscot County had just two confirmed active cases of COVID-19 as of Tuesday, it is still one of four Maine counties where officials say the virus is spreading through community transmission, meaning between people who are not connected to any known cases. The other three are Cumberland, York and Androscoggin counties, which still had 444 combined active cases as of Tuesday, or 92 percent of Maine’s total.

One of the most dangerous traits of the coronavirus is that those infected may not show any symptoms, but can still pass it on to others, according to Dr. R. Gibson Parrish, a physician and epidemiologist based in southern Maine who used to work for the U.S. Centers for Disease Control and Prevention.

That’s why outbreaks are still possible in the state, especially in congregate living facilities such as nursing homes and in workplaces such as meat processing plants where people are in close proximity to each other, Parrish said.

Until recently, the state generally limited coronavirus testing to those with symptoms, meaning the state’s confirmed case numbers are likely undercounts of the true volume of cases in Maine.

In general, if a friend asked Parrish whether it’s safe to go to a large box store such as T.J. Maxx, he said that he would tell that person to “definitely take and wear a mask their entire time there, and spend relatively little time at the store, and try to avoid coming into close contact with people who are there.”

Parrish would urge anyone considering visiting an elderly relative to “be very careful,” given that the risk of becoming seriously ill from the coronavirus is “significantly greater” for people over 60.

“Try to do it in a way that the chance of exposure to the older person is as low as possible,” he said. “If you can, sit outside and wear masks and place chairs six to 10 feet apart.”

But Parrish would draw a line if a friend asked if it was safe to go to a rock concert, he said, given the strong likelihood that close contact and loud yelling could transmit the virus. (No concerts with more than 50 people are yet allowed in Maine.)

It was economically damaging for schools and businesses to close across Maine during the surge of coronavirus cases between March and May, but it was a crucial step in controlling the pandemic and keeping the total number of cases down, according to the experts interviewed for this story.

Without those precautions, it’s likely that Maine would be struggling with a lot more cases now, Nesin said, pointing to Arkansas as an example of a state that has seen a sharp increase in cases after never implementing a stay-at-home order and shutting down businesses to a lesser extent than most other states. It has recently continued to ease its business restrictions despite a dramatic increase in active COVID-19 cases and hospitalizations, according to the Associated Press.

Without Maine’s restrictions, it’s possible the state would not be able to consider opening back up to tourists at all this summer, according to Samuel Scarpino, an epidemiologist at Northeastern University in Boston. That industry normally generates $9 billion annually for Maine.

There could still be risks of tourists carrying the coronavirus to Maine, but Scarpino said the risks will be reduced if out-of-state travelers follow the rules set by Gov. Janet Mills. Visitors from states besides New Hampshire and Vermont must quarantine for 14 days upon arriving in Maine or bring evidence that they’ve recently tested negative for COVID-19.

The risks will also be lowered if travelers follow health guidelines such as wearing masks and eating meals outdoors, where droplets of the virus are much less likely to spread among people than they are indoors. Those guidelines will also make Maine more appealing as a tourist destination since they will be a comfort to some travelers, according to Scarpino.

“If you have mask-wearing, especially in places like grocery stores and indoors, the risks are manageable,” he said. “We’ve seen in plenty of other countries, like South Korea, that if you are taking the mask-wearing seriously, if you keep testing seriously, you can keep the case numbers low even if you have the occasional case come in.”